The purpose of Helping Animals to Survive, a 501c3 organization, is to act as guardians to protect and enhance the lives of companion animals through facilitating community involvement, education, legislation and leadership.

We accomplish this through continued implementation of comprehensive programs designed to promote an environment of respect, responsibility and compassion, as we advocate for the humane treatment of animals.

We are a 100% volunteer based organization, with all donations and funds going directly to helping animals in our community.

HATS is not a rescue. We do not take in animals. We do provide resources for people who are looking to rehome, or who are missing their pets, or who have found pets and are attempting to find their owners. Please use the Resources button in the main menu for links to our Facebook pages and outside agencies that may be able to assist you.

We believe that every animal deserves a chance, and we need volunteers and donations to help us reach our goals! If you are interested in giving of your time, please visit the Volunteer page to get started!

We also need donations so that we can support the animals in our community through various programs. If you are interested in giving, please do so at our Donate page. 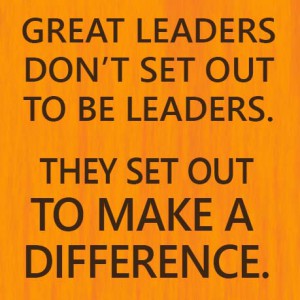 The HATS Board of Directors is a diverse group of individuals who are dedicated to helping our community become more compassionate and humane as we strive to give every animal a chance. These volunteers represent the community and donate their time, passion and professional expertise to steer the vision and future of our mission.

The HATS Board of Directors and volunteers are beyond pleased that Lincoln County Animal Services received its No-Kill Shelter designation in July, 2018, officially among the first government-run “no-kill” animal shelters in the state.

The journey to No Kill in Lincoln County began in 2010 when a sole individual read an article in Dog Life magazine about the No Kill Movement and No Kill Equation. Believing that Lincoln County Animal Services (LCAS) could become a No Kill shelter, Lincoln County citizen, Jena Healy, took action and presented the article and details of the No Kill Equation to the then shelter director and manager. Both expressed interest but neither responded to Healy’s follow-up request toward implementation of the 11 components of the Equation. Undeterred, Healy next contacted the then County Commissioners who again expressed interest but took no further action.

In June 2013, undaunted by the lack of support she had received, Healy placed ads in the local newspapers inviting the public to two community meetings to educate them on how LCAS could become a No Kill shelter. Both meetings attracted 20-30 people each, which resulted in the formation of the grassroots group Make Lincoln County No Kill (MLCNK). Led by a small Steering Committee comprised of Healy, Karen Banker, and Will Edmison, MLCNK focus was to convince the Board of County Commissioners to vote “yes” to have LCAS adopt the No Kill philosophy and become a No Kill shelter. After several months of research and preparation, in the fall of 2013, Banker and Edmison delivered individual presentations that proved No Kill was good for Lincoln County to 4 of the 5 seated Commissioners to educate them and achieve their buy-in.

In November 2013, Banker and Edmison stood before the Board of Commissioners during a public meeting supported by Healy and a packed house of dedicated MLCNK volunteers. Upon voting, the Board vote came back unanimously for LCAS to adopt the No Kill philosophy and work toward becoming a No Kill shelter. Unbeknownst to public, literally minutes prior to the presentation, the then Chairman of the Board of Commissioners approached Banker and Edmison stating the only way No Kill would pass the vote is if it was agreed a non-profit would be formed. Reluctantly, Banker and Edmison agreed. Immediately following the “yes” vote, the MLCNK Steering Committee brainstormed about the fastest way to create a non-profit. It was quickly decided a new 501(c)3 non-profit would be formed as a “dab” (doing business as) under Healy’s existing non-profit, The REASON Initiative (Responsive Education About Spaying or Neutering).

While waiting for the appropriate documentation to be filed with the state, money was raised in December to fund a new Trap/Neuter/Return program while short-term fosters and rescue groups were aggressively recruited. In January 2014, the new 501(c)3 non-profit was formed as Helping Animals To Survive (HATS). Healy and Banker were named Co-Executive Directors with Healy responsible for all direct animal contact efforts and Banker responsible for all non-direct animal contact efforts.

Without looking back, expeditious work began to organize HATS growing number of volunteers and supporters. A website was developed along with multiple Facebook pages created for specific purposes including HATS Main page for general communication, HATS Crossposter page for the marketing, communications, and pledging for available dogs and cats at LCAS for rescue, foster and adoption, HATS Foster page to recruit and communicate with foster homes, HATS Lost & Found page to alert and reunite the public with lost and found pets, HATS Barn Cat page to recruit owners of barns and facilities seeking working felines, and the HATS Volunteer page, a private page for communication exclusively with HATS volunteers.

In addition to setting up communication channels for the then 130 Volunteers, multiple teams and programs were developed that mirrored 9 of the 11 components of the No Kill Equation including:

The following HATS teams and programs were also developed:

In its first two years HATS achieved the following:

In August 2015, after nearly two years of building and operating the HATS organization, Healy and Banker passed the baton to the HATS Volunteers to develop their own vision and to continue the growth and work of HATS toward Lincoln County becoming a No Kill shelter and community. Under the new leadership, the Volunteers decided to appoint a Board of Directors, which now operates the HATS organization.